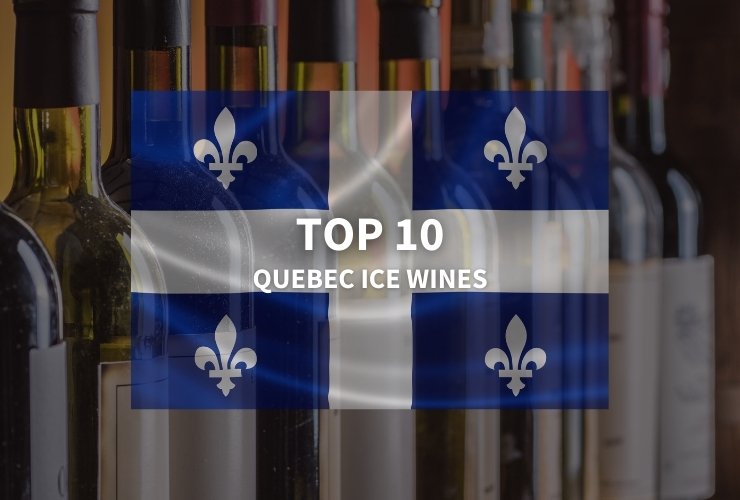 “Canada is world renowned for its ice wines. While there is a lot of competition between Ontario and Quebec, both of which claim to produce the best ice wines in the country, with all due respect to my Ontario friends, my heart, nose and taste buds favor ice wines from Quebec,” asserts Terry Pomerantz.

What is ice wine?

The first ice wines were made by German and Austrian winemakers in the late 18th century.

Like European ice wines, Quebec ice wines are made from ripe grapes picked frozen. In Quebec, the temperature for harvesting icewine grapes must be below -8°C.

For the production of their ice wines, Quebec winemakers mainly use white wine grape varieties such as Riesling, Gewurztraminer and Vidal.

Some ice wines are also produced with red grape varieties such as Merlot and Frontenac.

Although there are ice wine producers in many regions of Quebec, major producers are mostly concentrated in the Eastern Townships and around Quebec City.

Among these producers, let’s mention:

While he enjoys the occasional ice wine with his friends, Terry is not knowledgeable enough to identify the top 10 ice wines from Quebec.

He relies on the recommendations of experts found on the internet.

It’s important to note that Terry Pomerantz does not claim to rank these 10 ice wines by quality.

As he so often says about wine: “I know enough to like good wines, but not enough to be a critic, let alone a sommelier!”

“Although the best Quebec ice wines are not considered by experts as ‘great’ wines for aging, having a few good bottles in reserve is a must when starting your wine cellar.”

DISCOVER THE OTHER WINE ARTICLES

What Italian wine to drink with a pizza?

It’s in the working class districts of Naples that pizza was created. Nourishing, tasty, affordable and easy to prepare, pizza has now become the queen of fast food internationally. It has even wiggled its way into gourmet palates, even the most demanding. Terry’s homemade pizza dough recipe Pizza and Grand Cru On day, Terry Pomerantz … Continued

Terry’s list of the best white wine with fish

The age-old question: red or white with turkey?  You won’t be surprised to know that Terry Pomerantz will opt for red.  A follow up question then: which?  Terry offers a few different options, including tasty reds for under $ 20. Why not a high-end Burgundy? It’s a holiday after all!  So if you have your … Continued