Understanding the cycle of the vine and the work of the winegrower and winemaker.

Terry Pomerantz is fascinated by the work of winegrowers and winemakers. Let’s follow with him the almost divine journey that leads the grapes from the vine to the wine. “I can’t help but admire the deep knowledge of nature that the winegrowers and winemakers have developed. They taste the earth, touch their vines, look at the sun and smell the wind to predict the quality of the vintage of the year. For my part, the only steps of the wine’s journey that I master are opening the bottle and tasting the wine!”

The small history of the vine and the wine

The domestic vine comes from the wild vine. During the Quaternary period, this kind of creeper plant could reach several tens of meters in height. Archaeological research has shown that the vine existed in the Caucasus and Mesopotamia 6,000 years before common era. It was cultivated in Egypt and Phoenicia 3,000 years BCE, and 1,000 years BCE, we find the domestic vine in Italy, Sicily and North Africa. 500 years later, it was cultivated in France, Portugal and Spain.

Throughout antiquity, wine was cut with water and embellished with herbs and spices. In the Middle Ages, at the instigation of Christianity, whose faithful people communed under the two species (bread and wine), wine developed as we consume it today.

The grape variety is the type of vine. The appearance of the grape bunches, the size of the grapes and the foliage are specific to each grape variety. Wines can be made from a single grape variety (Merlot, Chardonnay or Sauvignon for example), or by blending several grape varieties in variable proportions (examples: Châteauneuf du Pape, Madiran, Costières de Nîmes).

Many of the best wines from Terry Pomerantz’s cellar have been made from grape varieties from California, Italy and France.

Among the ten or so grape varieties that make up 90% of California’s wine production are Chardonnay, Pinot Gris, Cabernet Sauvignon, Merlot and California’s signature variety, the Zinfandel. Implanted as early as 1850, Zinfandel originated in Croatia and was imported to the Central Coast (between San Francisco and Los Angeles) by Italian settlers. Shiraz and Grenache Noir complete the bouquet of the main Californian grape varieties.

Among the hundred or so Italian red grape varieties are the Cabernet Sauvignon, Merlot, Sangiovese and Gamay found throughout the peninsula, as well as several regional varieties including the Colorino (Tuscany), Syrah (Tuscany, Lazio, Sicily), Barbera (Piedmont), Lambrusco (Emilia-Romagna) and Montepulciano (Abruzzo).

The Pinot Grigio (Veneto, Trentino, Friuli), the Riesling (Lombardy, Pavia, Piedmont, Asti), the Muscat (Piedmont), the Chardonnay and the Sauvignon are part of the Italian white grape varieties.

In Quebec, the Frontenac Noir, a hybrid developed at the University of Minnesota, is mainly cultivated. Frontenac Noir-based reds are fleshy with aromas of black cherries, blackberries, plums and coffee. We also have Marechal Foch, with soft tannins and black cherry aromas.

Among the white grape varieties from our region, the St. Pepin gives dry wines with honey aromas while the Vidal is used mainly for ice wine. You can consult the directory of Quebec grape varieties on cariboumag.com.

The difference between the winegrower and the winemaker

The winegrower takes care of the planting, growth and well-being of the vines. His role consists mainly in producing the best possible grapes. Once he has harvested the grapes, he entrusts them to a neighboring estate, a cooperative or a wine merchant who will make the wine. Exclusively in charge of cultivating the vines, the winegrower does not intervene in the making of the wine.

As for the winemaker, he intervenes throughout the winemaking process, from the upkeep of the vines to the bottling. He is also in charge of marketing and promoting his wines to distributors, wine merchants, restaurants and individuals.

To plant a vine stock, the winegrower first cleans the site and removes weeds. He then digs a hole about 30 cm (12 in) deep by 30 cm (12 in) wide. He mixes compost and fertilizer with the soil and pours some into the hole. He spreads out the roots of the vine plant and cuts off those that are too long. He places the vine plant in the hole and covers it with the soil mixture up to 4 cm (1.5 in) below the grafting point. The distance between each vine stock is 1.50 m (5 ft). 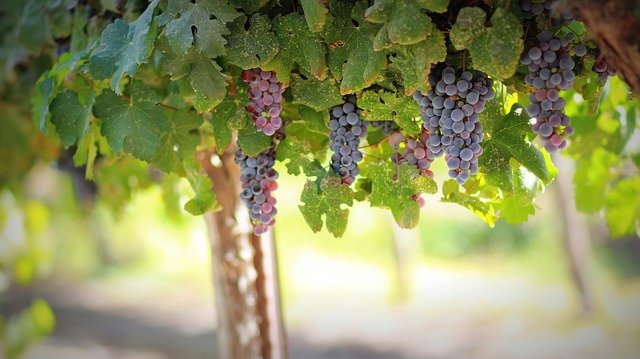 The cycle of the vine and the work of the winemaker

In winter, the winegrower prunes the vines. In climates that allow it, he decompacts the soil and fattens it.

In the spring, he arches the sticks so that the sap flows easily to the buds. Around the month of May, the winegrower eliminates the regrowth at the base of each vine stock. He then ploughs the soil to limit the growth of weeds. Finally, he plants young vines to replace sick vines.

Grapes begin to form at the beginning of the summer. During this stage, the climatic conditions (sunshine, rain, hail) will condition the quality and properties of the grapes at harvest time. In the middle of the summer, the winegrower and his team install wires that bring the vine branches up.

During the summer, the winegrower treats the plants with copper and sulfur to combat the formation of fungi and mildew, which can destroy the vines if they are not perfectly controlled. Then comes the veraison period. The vine then stops growing to let the grapes ripen until early autumn.

Autumn is harvest time! It is a period of hard work that does not exclude festivities! It is the first of the 5 basic stages of wine production which, in addition to the harvest, include crushing, fermentation, clarification and maturation.

The magnificence of the Champagne terroir

Terry Pomerantz considers Champagne as one of the most beautiful wine regions in France. “Champagne is beautiful and peaceful with its rolling hills dotted with vineyards. Here and there, its castles are nestled in the hollow of landscapes that have been sculpted over centuries by its winemakers. In Champagne, it seems as if the love of wine has become ingrained in the landscape, right down to the bowels of the earth, more than 40 feet deep. Whether in Épernay or Reims, the enormous cellars of the Veuve Clicquot, Moët & Chandon, Mumm or Taittinger stretch for hundreds of kilometers. The way the millions of bottles are stored and turned by hand one by one over the years is a pure marvel of attention.”

“Whether it is a red or a white wine made in California, Tuscany, Burgundy or Quebec, when a wine lover uncorks a good bottle, it is a thousand years of know-how that is poured into the glasses. That’s why every wine deserves to be enjoyed with as much respect and love as its craftsmen have put into making it,” concludes Terry Pomerantz, raising his glass to their health.